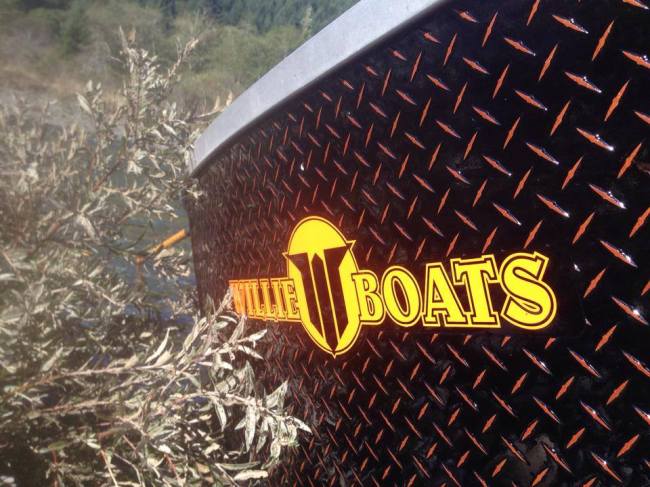 From Mike on the Smith River today: The weather is great here on the Smith River, we have hooked a few today, and the company is as good as it gets. The river is getting clear and the bite is light, but this is where the big boys live.

From Fishing the North Coast: Nearly four inches of rain pushed the Smith from a summer-like flow of 550 cfs to nearly 40,000 cfs — all within a 24-hour period that began Sunday morning. But as quickly as it rose, it was headed straight back down. By Tuesday, the river was green and in great shape. Typically, the day or two following the first big fall storm signals the big Smith kings to charge upriver in huge numbers. They were charging for sure, but not in the numbers everyone anticipated. There were still quite a few fish caught, with a few boats scoring limits from the forks to the Outfitters. With little rain forecasted for the next couple weeks, the Smith will likely be too low to drift and may close upriver of Rowdy Creek due to low flows. The Klamath on the other hand, should be in great shape from top to bottom this weekend, and there’s a good chance we could see some of the best fishing so far this season.